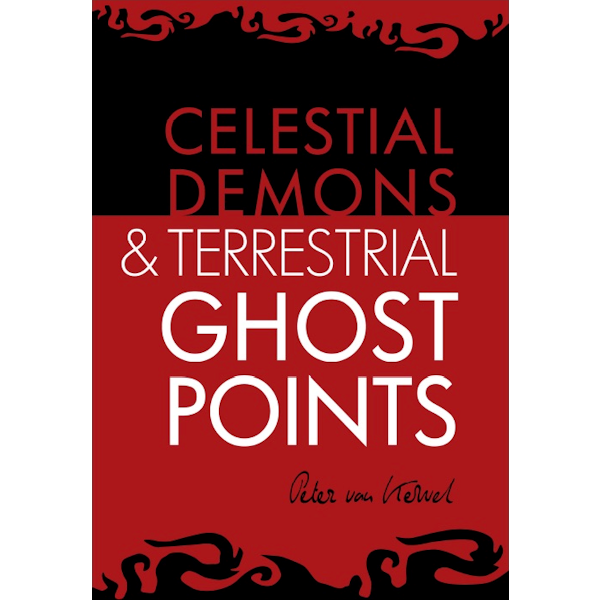 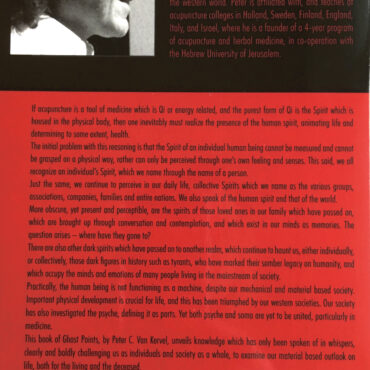 Qi Bo, states to Huang Di, the Yellow Emperor: ≪In order to make all acupuncture thorough and effective, one should first cure the spirit.≫
One of the best ways to do this is with acupuncture and the use of the so called ghost points. Although we live in an era where we are in the beginning of a new millennium, a time of great change to a new period of civilisation and discoveries, the quest for ancient truth is more alive than ever. This last century was a period of history in which science has developed rapidly, and it can be expected that within the coming millennium this will continue – at an even faster pace. The scientific way of thinking started with Newton only some two hundred years ago and nowadays we have already reached a great height of achievement where we try to split a nucleus of the smallest atom, and create synthetic human sperm.

This research has extended as far as the splitting of all kind of smaller and smaller particles like quarks and bosons, until we reach the point of a non measurable but still existing material. This is what the Chinese call qi. Modern people may be proud of their industrial technological achievements. They have taken large items and made them compact – a tiny camera, a small tape recorder, a miniature computer, mobile phone, flexible television screens, and so forth. Such small sized machines have complex functions; however, compared to the nature of a spirit such advancements mean nothing. There will never be a machine that can take the place of the qi of spirit.

The healthcare of humankind has been, and still is, influenced by these phenomena of intensive scientific development. Science, with its’ technique, sophisticated operations and the use of the most powerful antibiotic and neuroleptica, have reached a tremendous height. On the other hand, people still suffer physically and mentally. The old values and virtues, written in ancient texts like the Tao De Jīng (道 德 經) from Lao Zĭ (老 子 | 604 BC – 507 BC) and in many other prominent books, are somehow lost in our society.

Missing these, people are seeking for other ways of fulfilment. The development of the mind from the so called east and west was and is different. The development of the mind has two different main directions, which exemplify yīn and yang – the analysing and generalizing mind, on which today’s science is based (west), and the highly intuitive mind which enables the Truth to be presented in the right way (east). The first is an external development and (re) search for understanding, the latter is the internal search for the Truth or understanding of it. Only one possessing the truth can do accurate, explanatory
work. One can see that this knowledge is from the inside out, while the other kind of knowledge is from the outside inward. This is the existing divergence between ancient (eastern) and modern (western) knowledge. If all agree that knowledge is the harvest and the mind is the tool, then all must agree that the result, or harvest, is limited by its tools. Nowadays we see the opposite action in the world. The east is searching for and producing materialistic things like cars, computers, MP5 (may be even MP6), mobile phones, and so forth. While in the west we see all kind of, more or less, spiritual movements, with or without an eastern guru, spreading out and shooting from the earth like bamboo. Let us
hope that the next millennium will bring integration and assimilation forth to unify these two valuable systems. One of the most neglected areas of understanding in the west is the realisation and acceptance in the existence of spirits, souls, demons, and ghosts. Although since Freud and Jung there has been done a lot of research in the realm of psychology and psychiatry through the ways of analysing rational and science, there has not been, up until now, either substantiated proof or the recognition of the existence of nonmaterial beings.
An ancient Chinese proverb says: ≪You think your mind is quiet and as deep as a bottomless abyss, but its thoughts are as loud as thunder.≫
Nothing can be hidden from the spirits. The truth of spirits is very different from the ordinary description in literature or the general imagination of people. The existence of spirits is a fact of nature. They do not belong to the imaginary sphere at all. The difference between spirits and ghosts is an important one. The two great spheres in the subtle realm, is the divisions of yīn and yang. Spirits belong to the category of yang. They are natural beings who are invisible, inaudible and untouchable by ordinary people. Spirits are the essential beings of the universe before they take form. Ghosts, on the other hand, belong to the yīn category of the subtle realm and are of a much heavier energy which comes
from the recent life experience from which they have just passed. They could cause all kind of diseases, both psychiatric and physical.

In this booklet we will discuss the history and development of acupuncture ghost points, from ancient time onwards. A comprehensive explanation of the difference between spirits, souls, demons, and ghosts will follow. Location, meaning, explanation and pathology of the ghost points in relation with psychological and psychiatric diagnoses will be the mean part of this booklet. The most important and esoteric part will be the use of the ghost points in relation with the Terrestrial Branches relating to the philosophy of the Stems and Branches. Although books give all kind of important details, using the ghost
points in the clinic, is only given in an ancient way that is on an oral way, within the relation of tutor and student. In this book, an exception will be made, and the clinical application of the points will be exposed.